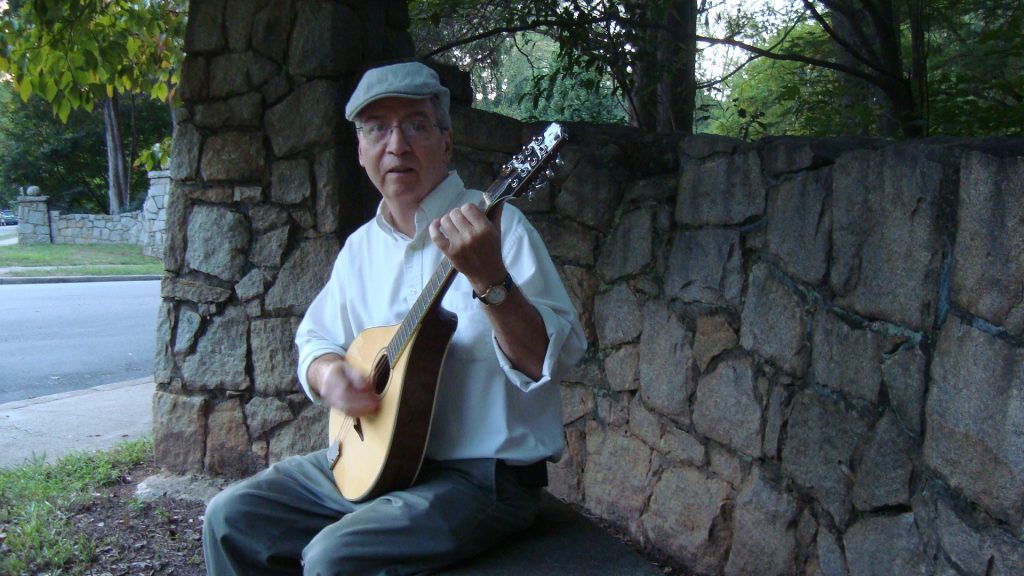 A seventh-generation Irish-American, Tommy learned guitar from his Dad at an early age. Both his grandfathers and his great-grandfather were fiddlers. Tommy started playing as a solo act in coffeehouses and pubs in New Jersey in the 1970s, before founding the Celtic/Old-Timey fusion band Planxty Tanner with banjoist Derek Polzer. After moving to Boston in the early 1980s, Tommy joined the hopped-up ceili band Dark Eyed Sheep, where he remained until the Sheep disbanded amicably in 1988. In recent years he was a member of the Friendly Fiddlers, a popular Raleigh, NC Irish band, which has since disbanded.

Now Tommy is back on his own playing jigs, reels, and hornpipes on fiddle, and backing himself on octave mandolin or guitar while singing traditional or original songs in English or Gaelic. By turns, he plucks a Celtic harp tune from an old guitar, sings an ancient ballad backed by his bouzouki, then cracks the crowd up with a Victorian-era comic song. He tops it all off with a volley of jigs and reels on the fiddle, or maybe a Clancy Brothers-style singalong.

Tommy has performed over the years with such folk legends as Patrick Sky, and the late Johnny Cunningham (of Silly Wizard and Relativity).

Irish Fest in the Forest presented by Wake AOH